The company was established in 1997 by Tony Sweeney BA (Hons) Dip TP MSc MRTPI following stints at both Oxford Brookes University and Reading University and then fifteen years of agency, development and investment experience in the West End of London. This  included working for Leigh Developments, Hillier Parker (now CBRE) GL Hearn and Partners, Cluttons and S &W Berisford Plc.

In the early years, Millngate concentrated on consultancy advice to major landowners and developers forming strong links with British Gas (now National Grid Property) and the Miller Group (Scotlands largest private company) . This in turn progressed to a profit share arrangement with Miller and the acquisition of an extensive portfolio from National Grid of development sites, predominantly in the North and North West of England, plus a mixed-use, town centre site in Chester.

Millngate managed the development and trading of these development sites and successfully generated significant profit for Miller, a share of which, enabled Millngate to continue to  grow and take on projects on its own.

Millngate are based in the New Forest and work predominantly in the South and South East of England. 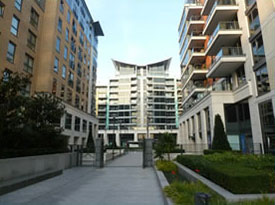 In 1998, for British Gas Properties, a performance-related consultancy fee was obtained for securing BT Cellnet as tenants to a 102,000 sq ft call centre as phase two of Leeds City Office Park. In addition, hand overwork was completed on the Imperial Wharf, Fulham project, where Tony Sweeney had been responsible for the 56-acre site on the banks of the Thames. 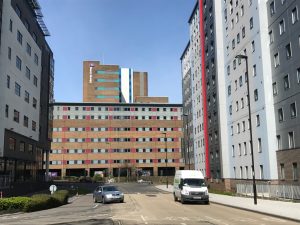 In 1999,
the acquisition of the “Northern Portfolio” from British Gas Properties (now National Grid Property), in association with The Miller Group, comprising nine sites in the North East and North West.

From the above portfolio, the sale of a 1.25-acre site in Tamworth to the Quartec Group for a car showroom.

From the same portfolio, the sale of a 13.5 acre site in Warrington to Marshalls for industrial development.

From the same portfolio, the sale of a 4.4-acre site in Yeadon, North Leeds to Miller Homes for the development of sixty-six residential units. This involved the acquisition of additional land for highway improvements and the negotiating of detailed planning permission, contrary to the adopted Local Plan policy. 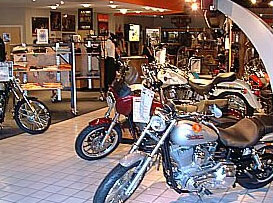 the acquisition of a 1.6-acre town centre site in Chester from Henley Motor Group in association with The Miller Group. Detailed planning permission was obtained for a mixed-used scheme comprising a hotel, restaurants and bars, a Harley Davidson showroom and 24 residential units. Sales were completed to a Harley Davidson franchise and to Miller Homes. A subsequent detailed consent was obtained for a further 42 flats and a 2,500 sq ft cafe/bar and this element was sold to another house builder. 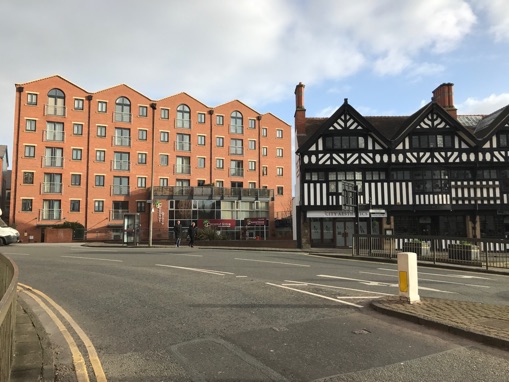 Millngate entered into a 50:50 joint venture with Morrison Development Funding Limited, part of the Anglian Water Group Plc, to develop a 60,000 sq ft of town centre shopping centre on the former Courts site in Stockport.

The completion of the forward sale agreement of The Courts shopping centre, Stockport to Allied Dundar. This was Millngate’s first agreement to sell a completed development for which they were responsible for construction and delivery to both the final owner and operators.

In September 2001,
entered into a joint venture with Morrison Development Funding Limited, part of the Anglian Water Group Plc, to develop 60,00 sq ft of town centre retail space in Stockport.

In April 2003,
as part of the British Gas portfolio acquisition with the Miller Group, the unconditional sale of the 4.4 acre Harrogate site to Tesco.

In April 2003,
as part of the British Gas portfolio acquisition with the Miller Group, the unconditional sale of a 2.8 acre in St Helens site to a house builder, following the obtaining of planning permission.

In October 2003,
completed the forward sale agreement to sell The Courts, Stockport to Allied Dundar.

In April- June 2004,
practical completion of The Courts Shopping Centre, and occupation by TK Maxx, Mark One, Cafe Nero and Music Zone. This also enabled the sale to be completed to Allied Dunbar and the first tranche of profit to be distributed.

In May 2004,
selected by East of England Development Agency (EEDA) to develop a retail warehouse and industrial development in Beccles, Suffolk on a contaminated former abattoir site.

In August 2004,
exchanged contracts to sell the last of the two remaining sites in Bradford, acquired from British Gas. This successfully concluded The “Northern Portfolio” project which commenced with the Miller Group in September 1999.

In October 2004,
option agreements completed on a site in Alton, Hampshire, considered suitable for retail warehousing.

In May 2005,
outline planning application submitted jointly with EEDA for a 26,130 sq ft of retail warehouse for Focus DIY and 10,000 sq ft of industrial units on the Beccles site.

In June 2005,
submitted outline planning application for a 30,000 Homebase store in Alton, Hampshire.

In July 2005,
exchanged conditional contracts with EEDA to acquire the site in Beccles.

In September 2005,
exchanged agreement to lease with Focus DIY for a 26,125 sq ft store at Beccles.

In December 2005,
release of the builders retention at The Courts Shopping Centre, Stockport, effectively bringing the project to a very successful conclusion.

In February 2006,
commencement of demolition at George Westwood Way, Beccles.

In the same month, the securing of a revolving development loan facility with Clydesdale Bank.

In March 2006,
the completion of a loan agreement with Clydesdale Bank to finance the construction of a Focus DIY store and industrial units at Beccles.

In June 2006,
completed the purchase of Beccles site from EEDA and completed the Section 278 Agreement, making an agreement to lease with Focus, unconditional.

In October 2006,
achieved practical completion of Focus unit and industrial units at Beccles and completed the sale of the Focus investment to Griffin. 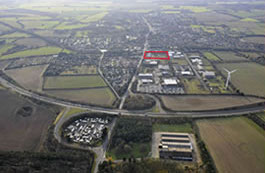 In June 2007,
selected by EEDA and Breckland Council to develop a 3-acre retail site in Swaffam.

In November 2007,
selected by Defense Estates (now DIO) to develop an 11 acre retail, leisure and mixed-use project in Gosport, Hampshire. 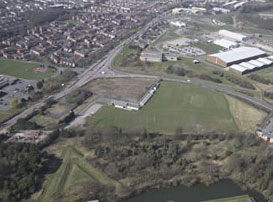 In March 2009,
exchanged a development agreement with the Ministry of Defence to develop the 11-5 acre Frater Gate site, midway between Fareham and Gosport, now known as Brockhurst Gate.

In January 2011,
exchanged an option agreement on a town centre site in Chislehurst, considered suitable for a mixed use development, including retail.

In July 2011,
Tesco obtained planning consent at appeal for the Alton site.

In October 2011,
Tesco obtained planning consent for Extra store in Harrogate, Yorkshire, a site that Millngate had previously sold to Tesco..

In July 2012,
Millngate successfully obtained detailed planning consent for a 37,000 sq ft Eco store for Tesco on their Swaffham site.

In May 2014,
completed the construction of the Tesco store in Swaffham and sale to Tesco 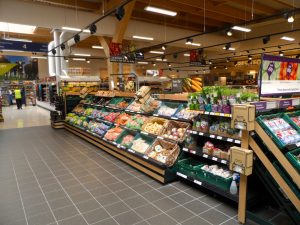 In December 2014,
acquired 11.5 acres at the junction of Fareham Road and Heritage Way, Gosport from Defence Infrastructure Organisation (DIO) and named the site, Brockhurst Gate.

In 2016,
exchanged agreements to lease with Lidl, Marks and Spencer’s Food Hall, McDonalds, Costa and Homebargains at Brockhurst Gate, Gosport.

In December 2016,
Detailed Planning application submitted for the redevelopment of Brockhurst Gate, for new stores for Lidl, Marks and Spencer’s, Home Bargains, The Food Warehouse by Iceland, Costa Coffee and McDonalds, plus a full size football pitch, changing rooms and parking and open space.

In January 2017,
exchanged contracts with the Food Warehouse by Iceland to occupy the Brockhurst Gate development.

In August 2017,
the Gosport Regulatory Board unanimously approved the Brockhurst Gate development.

In February 2018,
Amiri was appointed as contractors and commenced on site at Brockhurst Gate. 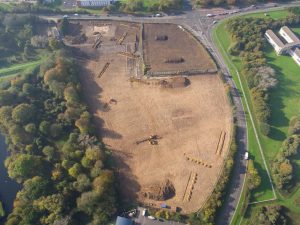 In June 2018. the steel fram for the retail terrace is erected at Brockhurst Gate 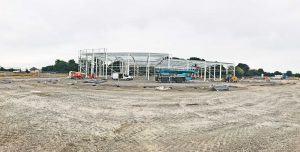 McDonalds are the first tenant to open for trading at Brockhurst Gate.and practical completion goes ahead on 28th November 2018 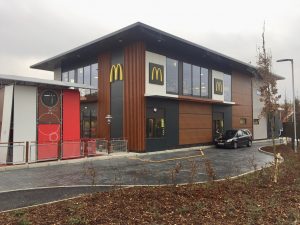 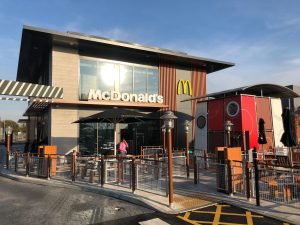 In December 2018,
The refinancing of Brockhurst Gate Retail Park with the Industrial and Commerce Bank of China, the largest bank in the world. 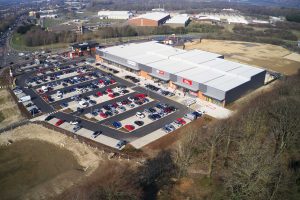 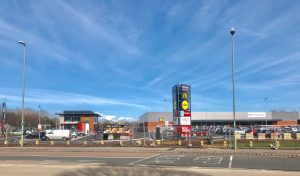 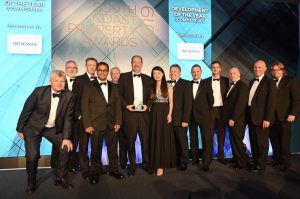 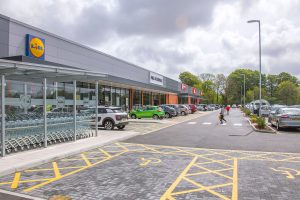 Planning application for Brockhurst Gate Phase 2, register with Gosport BC for a trade counter and employment scheme. 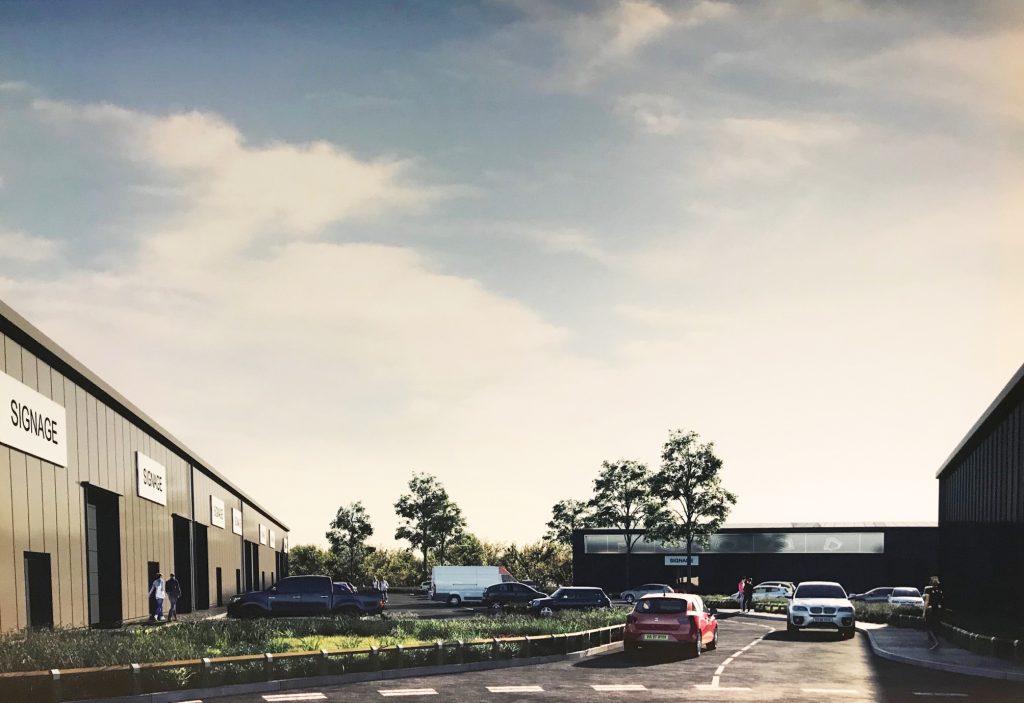 Resolution to grant planning consent by the Gosport Regulatory Board approved ‘virtually’ in their first meeting of the Covid 19 lockdown.

McDonalds re-open their Drive Thru at Brockhurst Gate Retail Park meaning all 7 occupiers are open for business despite Covid 19. 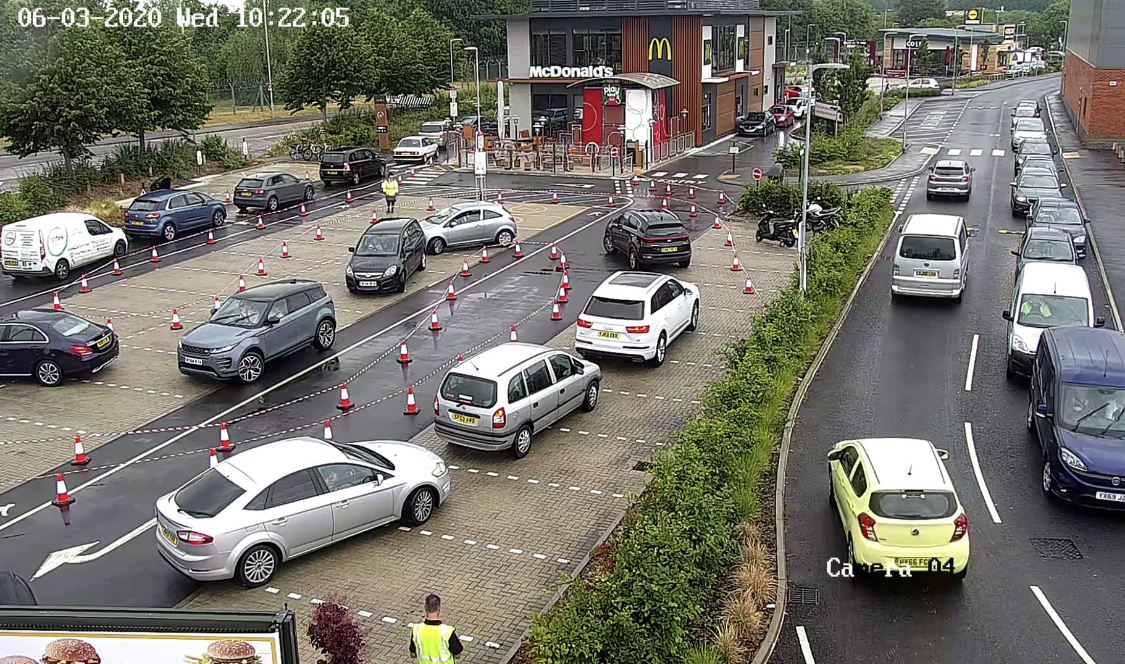 You can view our past and present projects in more detail via the Projects page.

We have a dedicated team, with a huge amount of experience and the necessary entrepreneurial flair and drive to generate value in a competitive and complex market place. We are all qualified surveyors or planners and are experienced in all aspects of commercial property development, in all sectors across the UK. 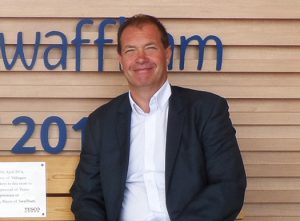 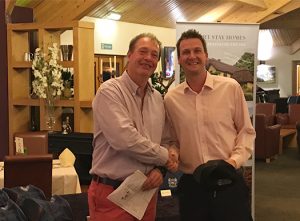