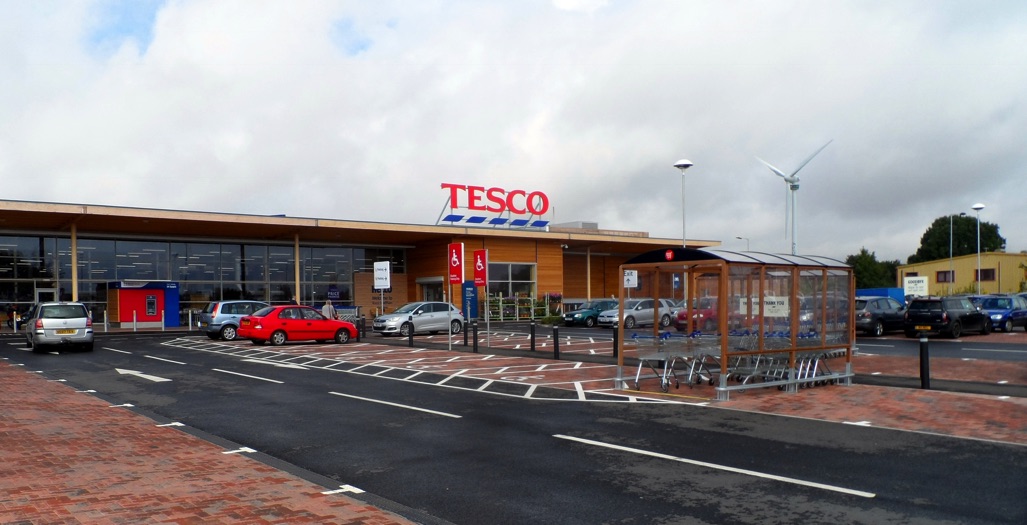 Despite the site being allocated for Employment uses and being located outside the town centre, Millngate and their team demonstrated that a new store would be beneficial to Swaffham by considerably reducing journey times and retaining business in the town that was being lost to other stores in Dereham and Kings Lynn.

Detailed planning consent was obtained at Committee with a unanimous decision and a S106 agreement was agreed funding certain improvements to the town centre and a new bus (The Swaffham Flyer) plus a contribution towards its running costs.

The building contract was awarded to Interserve and upon completion of their fit out, Tesco took occupation in June 2014. This was one of the last Eco Stores occupied by Tesco before they embarked on their consolidation programme. The store has been very popular in Swaffham and the town centre has continued to thrive.

The success of the project is well reflected by the excellent references given by Tesco, Breckland Council and Swaffham Town Council.

17th January 2014
News item on Swaffham in the Walton and Swaffham Times. http://www.wattonandswaffhamtimes.co.uk/

Working with Millngate Developments, The Harris Partnership have secured Planning Permission for a new 35,000sq.ft Tesco in the Market Town of Swaffham.

The site which is part of a former Fireworks Factory and adjacent to an ‘Eco-Tech Park’ has been developed with sustainability as a priority including elements such as timber framing, sun-pipes and air source heat pumps.

Project Director, Gary Humphreys confirms the project has achieved all main objectives providing a large shopping facility suitable for an eco-park and within a market town. The building is due to start on site later this year and be complete in 2014.

28th June 2012
Planning application to be considered by Breckland Planning Committee on the 9th
July 2012.

After a considerable period of public consultation, Millngate’s detailed
planning application for an environmentally sensitive supermarket, to be
occupied by Tesco, is to be considered at Breckland’s next planning committee.
There has been a great deal of local support including that of the Town
Council and the case planning officer has today issued his report which recommends approval.

Millngate have also prepared a fact sheet for the project (see to the left).

20th Janaury 2012
Millngate are working up designs for an environmentally friendly food supermarket to be occupied by Tesco. Designs for the Format 25 store are currently being worked on by Millngate’s professional team and will be ready for viewing at a public exhibition to be held on Friday 27th and Saturday the 28th January 2012 at the George Hotel in Swaffham.

Millngate employed the following professional team to obtain detailed planning consent and deliver the new store for Tesco who ultimately both owned and occupied the store:

Please see downloads to the left, the exhibition that boards were shown at a public exhibition on 27th and 28th January 2012.